In the primary section, 4 english classes are conducted each Saturday, separated into groups based on skill level, and taught with fun activities. In the secondary section, 5 classes are taught in accordance with a special lesson plan suited to their knowledge level. The foundation has a good teaching method, in which it is expected that a student who has completed one year of english class can communicate in a good manner, and after a second year they are expected to speak well. 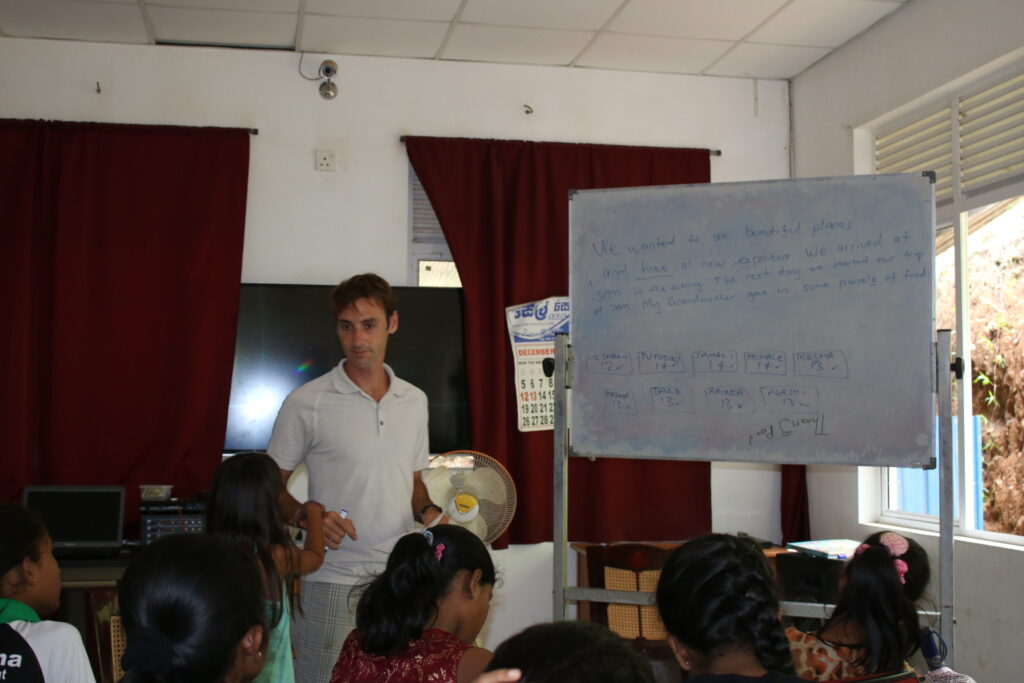 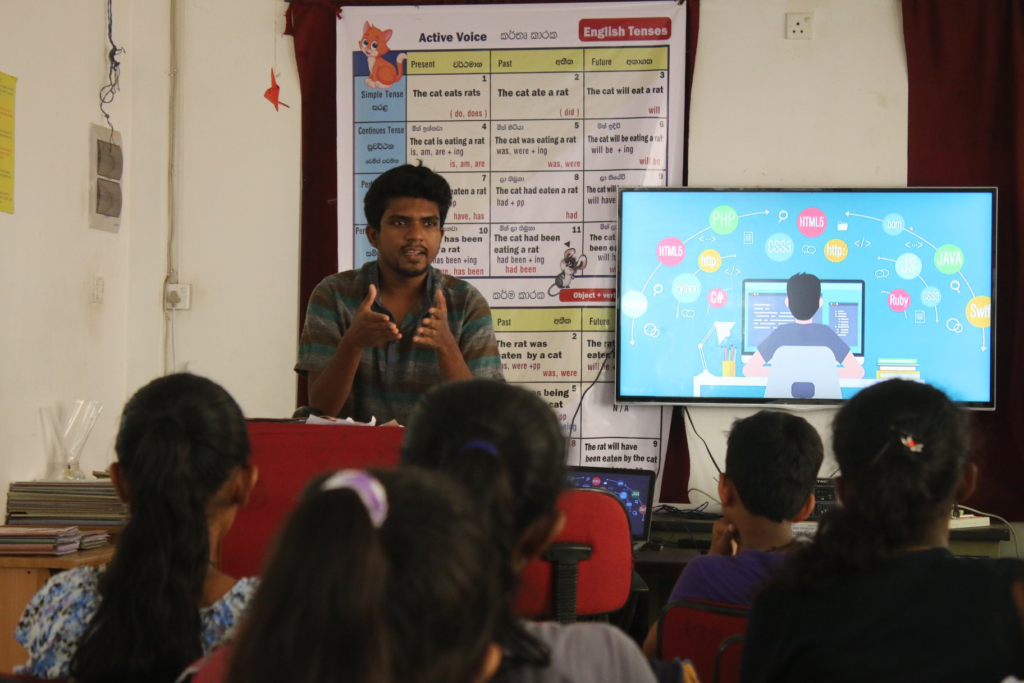 The other main focus that the foundation teaches is interactive and practical IT classes, which is immensely beneficial and very rare in this area as computers and internet connection are very scarce. This makes learning IT an incredible asset, as many students have never been exposed to such facilities and knowledge. The students learn IT on Sunday and Friday evenings, though mostly IT learning camps are conducted in school holidays.

One of the most unique elements of the foundation is homeschooling. The homeschooling system is run entirely by the volunteers, and works as an intimate class that works particularly on conversational english, which is practised through specific activities that focus on public speaking and fluid conversation. These sessions are very beneficial for the students as they can work with the volunteers in groups of 3-5 students, and work through activities suited to there skill level. In these times students subsequently make a connection with the volunteers, and therefore can talk more comfortably with them, which improves their conversational skills and fluidity of speaking. 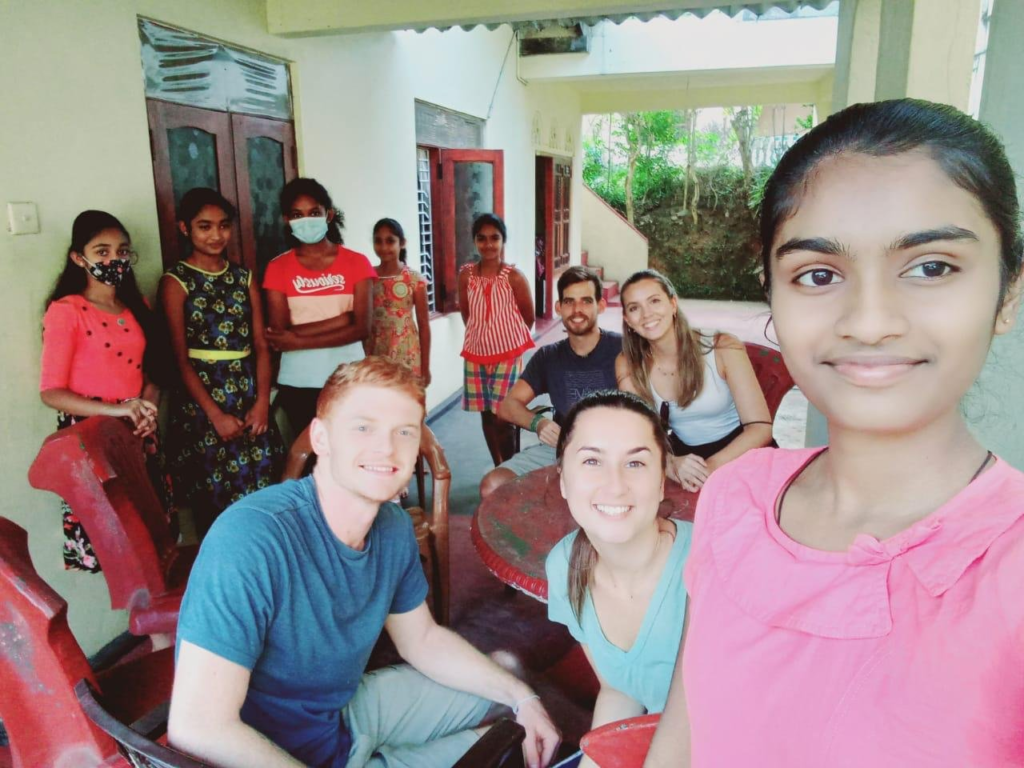 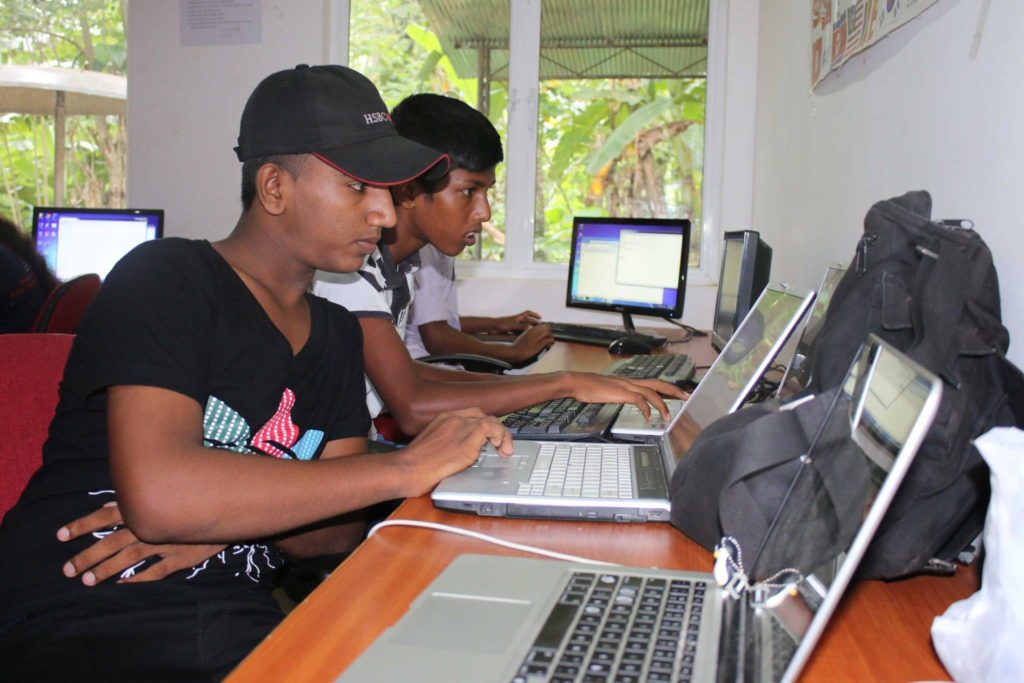 A media and communication club is run at the centre in which the students are taught about using different platforms of media, and how to communicate with others over the internet. The students utilise a website called ‘World of Students’, which is a safe website in which students all over the world can communicate with each other. This is such a great platform and opportunity for the students as they are able to use the internet to practise their english skills and make friends world wide. The students also write blogs as a part of class, which gives them the freedom to write about things that interest them and are passions of theirs, though still practising their english skills.

The foundation has received many awards and recognitions throughout the years, and through this the centre has gained exposure and donations internationally. In 2005 the foundation completed an island wide competition called ‘young scientists’, in which the centre placed as runners up. From this placing the foundation had an article published about the school in the weekend paper. As a result of this publication, the organisation gained exposure world wide and subsequently a charity called Lak Saviya, from Australia, made contact with Lak Aruna. This charity still remains to be the foundations continual and most significant sponsor.

When the organisation placed in the competition, Lak Aruna only had one computer in their possession, which was Mr Janaka’s personal computer. LSF came forward and donated 10 used computers to the centre, which was incredibly beneficial to the school as now more students had access to these facilities. Most significantly, an organisation related to World Bank reached out and gave the foundation internet connectivity, which was a powerful turning point for the school.

In 2007, the foundation again placed in this same competition, and twice projects from Lak Aruna were nominated for ‘Best IT Project’, Manthon awards in 2007, and E India in 2008. Mr Janaka has also been recognised and awarded by the Minister of IT as a digital ambassador for the Uva Province. 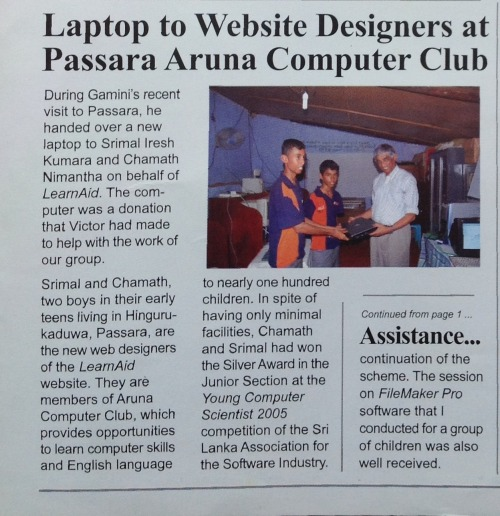